This list of recommended classical guitar recordings (CDs, mp3s) is simply one of personal preference. The best classical guitar albums are different for everyone. These are in no particular order. Also, I’ll be adding more to the list as I have time. I debated not doing this because it’s hard to not list everyone but I will try to keep the list to a minimum if possible.

A few of my favourite albums sent to this site for review:

Take a look and discover some of my favs of the past:

David Russell – Grandeur of the Baroque – Can’t go wrong here! The recording of the Handel suite is one of the most inspired performances I’ve ever hear on guitar. Simply magnificent!

Kazuhito Yamashita – Pictures at an Exhibition & Firebird – There is guitar playing on this album that will blow your mind. No one ever thought such sounds and virtuosity could come from a guitar. It’s a bit rough around the edges but has serious bite. I use this in a class that teaches orchestration on the guitar because Yamashita is an orchestra of one. This is one of the albums that made Yamashita a living legend!

Robert Barto (Lute) – Weiss Sonatas (multiple discs) – Beautiful and perfect in every way. I listen to this lute recording more than any other ‘guitar’ recordings I have. The quality of the recording and Barto’s natural musicality is meditative and magical. We are so lucky to have Barto.

Cristiano Porqueddu Trascendentia Box Set (Gilardino Etudes) – Outrageous virtuosity and amazing musical ideas. This Italian guitarist is one of the world’s great guitarist’s and should not be overlooked. Such clean and articulated playing. Not many guitarists can claim this level of refinement and intensity both musically and technically. This album actually changed my perception of how guitar can be played. No joke, this is the real deal.

Xuefei Yang – 40 Degrees North – More the artist than the album, Xuefei Yang has expanded the capabilities of the guitar and when she is in her element she is top notch. Yi Dance in particular is awe-inspiring. Her clean and bright style is very refreshing from the bottom-heavy warm and mushy sound of many ‘old-school’ guitarists. I’m on-board with this, how about you?

Sergio & Odair Assad Play Piazolla – And BANG! The Assad’s are life in what can sometimes be a dead world of classical music. Imagine a classical guitar duo that I actually want to see more than pop or rock bands. When you combine chops, musicality, vision, and  risk you have the Assads. It’s simply awesome that they exist.

John Williams and Timothy Kain – Mantis & The Moon – It’s a classic duo album with good quality. I have left off many Williams recordings from this list but this one is unavoidably good.

David Russell – Rodrigo: Concierto De Aranjuez – If you’re going to listen to Rodrigo’s famous concerto then Russell is your man.

Paul Galbraith – Bach: Lute Suites – I consider Galbraith’s Bach to have done for guitar what Glen Gould did for the piano. Highly individualized with much character, this takes Bach on the guitar (or Brahms guitar that is) to new levels.

David Tanenbaum – Acoustic Counterpoint – This album has amazing contemporary repertoire by an artist that has serious integrity. He is an artist that is truly about the music, using the guitar as a tool for ideas and expression. He doesn’t compromise and always chooses the best repertoire. This album was one of my favorites for many years prior to the MP3 era.

Eliot Fisk – Sequenza – Like it or hate it but listen to it for Fisk’s brilliance. The Berio is amazing. I love Fisk because I think he pushes the boundaries without worrying about what some traditionalists might think. His recordings have a raw energy that could’d be captured if he tip-toed around playing super clean and careful. Bravo!

David Tanenbaum – Hans Werner Henze: Royal Winter Music- Sonatas on Shakespearean Characters – Maybe it’s the music or the player, I don’t know, but this is a special one. I really love Henze and Tanenbaum is the perfect player for this music, it’s a solid match.

Julian Bream – Sonata This last studio offering by Bream gives us all his trademark musicality plus some really great repertoire. The nicer recording quality (compared to previous recordings) better brings out the special and colourful style of his playing. 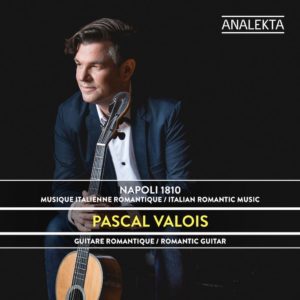 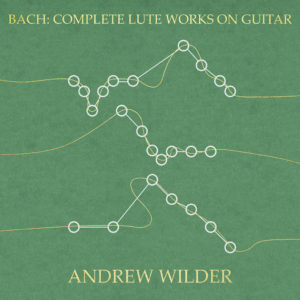