Kristian Del Cantero performs Andante Sostenuto from Sonata in F major Op. 29, No. 3 by Anton Diabelli (1781-1858) via his YouTube. Have I ever posted a left handed player? Anyway, nice movement by Diabelli. He was an Austrian music publisher, editor and composer, is well known for a number of works but largely as the composer of the waltz on which Ludwig van Beethoven wrote his set of thirty-three Diabelli Variations. He also wrote a sizeable amount of guitar music and also a decent set of variations for 2 guitars. Nice playing by Kristian Del Cantero who is currently studying with Gabriel Bianco at the Amsterdam Conservatory. 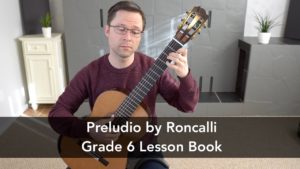 Lesson: Fortune, My Foe by Dowland