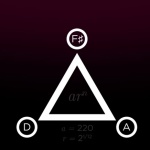 This is only of mild interest if you know anything about music theory/history, however, it looks good as usual with TED-ed via Youtube and is a good intro. Here’s one thing I thought they could have included. One of the pleasing things about math is solving the equation. Similarly, in music, the form of most classical works resolves itself at the end causing a completion of the variables and conflicts. Also, they could have easily dived back to Pythagorean tuning and talked about tuning before equal temperament. Of course, the vid is just an intro so that might have cluttered it… Still love TED-ed.