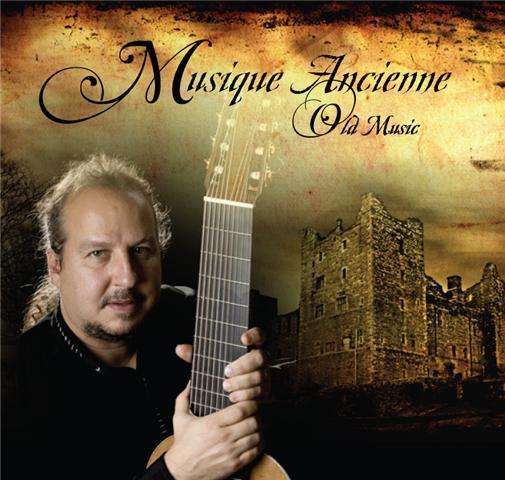 This review was previously published on Classical Guitar Canada in 2010.

Canadian guitarist Bruno Jacques Pelletier has sent me a very interesting recording to review both due to the repertoire and the instrument he’s working with. He’s playing a 10-string guitar by Canadian luthier Jean Rompre. As he mentions in his liner notes, his interest in the 10-string was sparked by listening to the great Stephan Schmidt. I remember the first time I heard Schmidt’s recordings, I was immediately convinced hearing Bach on the guitar. More on the 10-string later on.

Pelletier’s recording opens with the Prelude from Bach’s BWV 998 Prelude, Fugue, and Allegro. He has some beautifully paced shaping of the lines and a real feel for the prelude aesthetic and development of the loose material. It would have been nice to hear the the Fugue and Allegro but there is a good deal of repertoire on the recording so the listener only gets a taste of the Bach.

Next on the recording, a collection of works by Nicholas Vellet (1583-1642). If you’re not familiar with Vallet you’ll find familiar dances such as Galliards, Bourees, Preludes and other Renaissance/Baroque character dances. Mr. Pelletier explores the dances with ease and a sensitive touch for Renaissance articulation. The phrasing is vocal in quality and has a beautiful shaping to the lines and sweet tapering at the end of phrases. At other times the lines spin into variations and result in instrumental virtuosity. The overall experience is very enjoyable and quite charming. My only complaint would be the heavy sound of the 10-string bass strings to what would otherwise be a lighter textured lute experience. This sound works better for the Baroque works. However, Mr. Pelletier has a good sense of what he’s working with and the pieces take on a new life of their own under his guidance so my overall experience was still very engaging and delightful.

The recording includes four tunes by John Dowland (1553-1626), Queen Elisabeth, Melancholy Galliard, Lady Hammond’s Alman, and the Frog Galliard.  It takes a very special touch to pull off the perfect Dowland line. This recording of Dowland is very special for its separation of the musical voices, in particular, the way the bass voice is given room to take on life of its own. This is often lost in Dowland due to the beautiful vocal quality of the upper lines. The recording reminds me more of lute phrasing and articulations.

Silvius Leopold Weiss (1687–1750) is another gem to the guitar and lute world. He was one of the highest paid court musicians of his time and very well respected. I was reading period letters to and from J.S. Bach a little while back and there are references to the two masters having contests improvising fugues, Weiss on the lute and Bach on the organ. Well, I’ll be honest, if you haven’t heard Weiss on lute or 10-string guitar, you must. The music flows with much more ease than Bach, the galant style was becoming popular and Weiss’s music is a part of that transformation. The low sound of the bass strings with the proper octave voicing make the lines so much more enjoyable and relaxed sounding and likely saves the guitarist from leaping about the neck in a frenzy.

Conclusion: Bruno Jacques Pelletier has recorded some of my favorite repertoire on an instrument that gives the music justice. His musicality and relaxed pace also makes this recording highly listenable. As I’ve said before, I particularly like themed albums and Bruno’s marketing and programming pretty much hit the spot. It might seem overly marketed but I think it showcases the material it a way that compliments the entire collection of works.

Lesson: Fortune, My Foe by Dowland