Spanish composer Joaquin Turina (1882-1949) spent a significant portion of his life in Paris, where he absorbed the French idiom of his time and combined it with the Andalusian influence of his native Sevilla. Though he wrote only five works for the guitar, he was among the first non-guitarist composers of international reputation to write for the instrument, paving the way for the rise of the guitar in the 20th century to international concert stages. This sonata is Turina’s most significant contribution to the guitar repertoire and has been performed by the world’s greatest guitarists for nearly a century.

The work was dedicated to guitarist Andres Segovia, who toured the work internationally throughout his life. Segovia’s edition remains the most well-known today, but as was often the case throughout his life, Segovia made many changes to suit his taste and technique. The edition I am performing here is taken directly from Turina’s manuscript and contains all the original voicings and harmonies.

# Adam Cicchillitti# Canada# Joaquín Turina
Share this with a friend 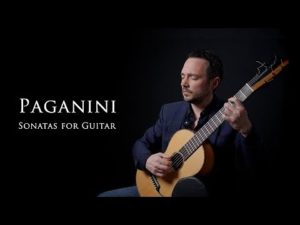