The Brasil Guitar Duo (João Luiz and Douglas Lora) perform Prelude and Fugue in G# Minor and A minor from 24 Preludes and Fugues op. 204 by Polish composer Gerard Drozd. This comes via Drozd’s YouTube channel. I saw on Facebook that the work is dedicated to them and they were just over in Poland performing. That’s a big project and great to have such a huge duo collection. Besides the “Les Guitares bien tempérées” Op. 199 (24 preludes and fugues in all 24 major and minor keys) by Mario Castelnuovo-Tedesco (1895–1968), I think this is the only collection this large for guitar duo. For those who don’t know it’s kind of a tradition going back to the Well–Tempered Clavier, BWV 846–893, a collection of two sets of preludes and fugues in all 24 major and minor keys for solo keyboard by Johann Sebastian Bach (1685-1750).

# Brasil Guitar Duo# Gerard Drozd
Share this with a friend 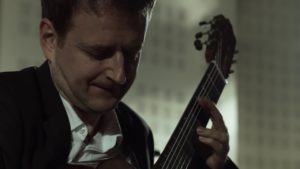 Canción y Tango for Guitar and Clarinet by Drozd 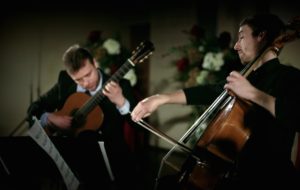 Adagio for cello and guitar by Drozd 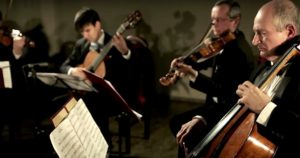