Brazilian classical guitarist Henrique Carvalho performs Improviso No.3 – Rítmico from Três Improvisos (2021) by João Luiz. This comes via Luiz’s YouTube channel. I’ve featured the playing of João Luiz a number of times on site but love this exciting little work he composed. This is the first time featuring Henrique Carvalho who is an amazing young guitarist from Brazil. Some real intricate playing here with exciting amounts of risk as well. Below is more info on the site from his Youtube:

João Luiz composed the Três Improvisos or three improvisations as a commission for the Guitar Foundation of America’s Mentorship Program, an initiative started in 2020 “to support and develop talent among classical guitarists of color through instruction, engagement, and career development”. The first movement, marked sem pressa or no hurry, is a perfect example of what I call “Brazilian counterpoint” – complex jazz-inspired harmonies combined with vivacious syncopation in support of a lyrical melody. The second movement, Mesto or measured, features an ostinato bass pattern beneath a slithering, quasi-improvisatory melody, echoing the improvisations of jazz pianist Keith Jarrett. The final movement, rítmico or rhythmic, derives its forward momentum from 1970’s funk/soul a la Sly & the Family Stone combined with Brazil’s northeastern baião”. – Nate Huvard

I also found some info on Carvalho in his own words via the GFA Mentorship page:

My name is Henrique Carvalho, I am a Brazilian classical guitar student. I am currently a Bachelor’s Degree in classical guitar at the University of São Paulo (USP), studying with professor Edelton Gloeden. I have also studied with professor Everton Gloeden (founding member of the Grammy award winner Brazilian Guitar Quartet). In addition, I have been a prize winner of numerous Brazilian national guitar competitions and as a recipient of the Cultura Artística scholarship, I have also had the honor of honing my artistry with maestro Fábio Zanon. 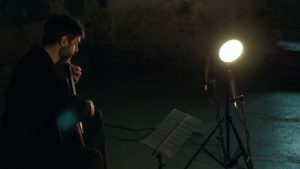 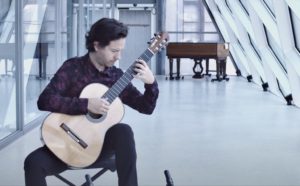