Great to see this new release by the legendary David Starobin. My recent release of Sonata No.4 in E Minor, Op.31 by Wenzel Thomas Matiegka (1773-1830) reminded me of the importance of this fine, and often overlooked, composer for guitar. His longer form sonatas with a tight focus on compositional elements over empty guitaristic flamboyance makes him one of the more legitimate composers of the era. In this new recording Starobin performs the six sonatas from Op.31. Special note, the label is saying this is his final studio recording so thank you to David Starobin for all the music over the years!

Matiegka: Six Sonatas by David Starobin features beautiful performances of some of the highest quality music of the era. With refined phrasing, articulations, and attention to motivic unity, Starobin reminds us to not only revisit Matiegka’s Op.31 but also his entire compositional output. Highly recommended for guitarists and general listeners.

Below are some sound clips and info on the works via Bridge Records on their Youtube.

More info on the album via Bridge Records:

Bridge Records is pleased to issue guitarist David Starobin’s final studio recording, W.T. Matiegka’s Six Sonatas, op. 31, performed on a Viennese style guitar.  Starobin regards Matiegka’s sonatas as “in their time, the pinnacle of expression on the guitar, offering the most detailed notation of both articulation and character–a clear window onto performance style in the era of Beethoven and Schubert.”  Since Starobin’s retirement from the concert stage in 2018, the native New Yorker has kept a busy schedule, co-authoring with his wife Becky, the libretto of the opera The Thirteenth Child (music by Poul Ruders); writing and directing the film, String Trio, Los Angeles 1946 (filmed in Arnold Schoenberg’s Los Angeles home); and serving as Director of Artists and Repertoire at Bridge Records.   David Starobin teaches at the Manhattan School of Music and the Curtis Institute of Music in Philadelphia, where he co-founded Curtis’s guitar program in 2011.  A frequently honored figure, Starobin was called “arguably the most influential American classical guitarist of the 20th Century” (Soundboard), and was inducted into the Guitar Foundation of America’s “Hall of Fame” in 2011. 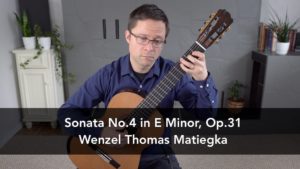 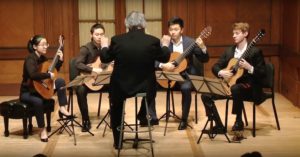 Shift and Riff by Eric Sessler 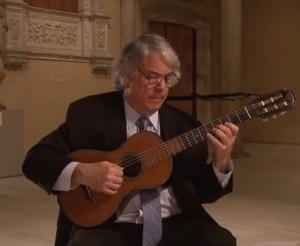 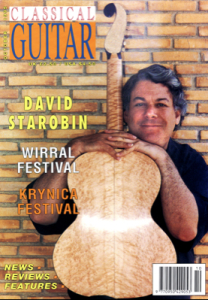