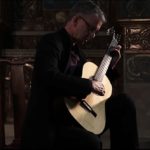 The fantastic Michael Partington plays Watts Chapel (2015) for solo guitar by well-known UK composer Stephen Goss. Partington has it all as a player, elegance and virtuosity all in one. Beautiful video by Luca Sage. The piece was commissioned by Michael Partington who gave the first performances in the US and the UK in the early part of 2016. This film was shot in August 2016, by kind permission of Watts Gallery Trust and Compton Parish Council.

Some info via Goss’ YouTube: “Watts Chapel is named after the Arts and Crafts memorial chapel built by Mary Watts in commemoration of her husband, the artist GF Watts. The chapel is situated close to my home in Surrey, England, and offers passers-by the opportunity for reflection and quiet contemplation. My piece draws on the music of Gustav Mahler written around the time the chapel was built…The Mahler references concern remembrance and the transience of mortality. My music is slow and spacious; it attempts to evoke the peaceful atmosphere of Watts Chapel.” ‘Watts Chapel’ is available at Doberman Editions. 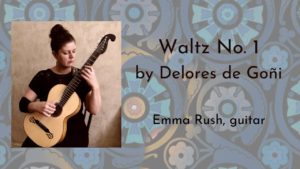 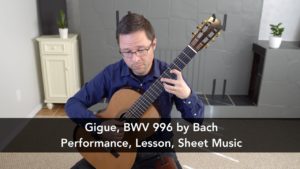