Kaira, traditional music from Mali, performed on the n’goni by Mussa Diabaté. Filmed in the André Mertens Galleries for Musical Instruments of The Metropolitan Museum of Art. This comes via their Youtube channel. The Ngoni or “n’goni” is a string instrument, traditional to Mali in West Africa and I believe this is the jali n’goni. Such rhythmic and calming music wonderfully performed by Mussa Diabaté. Love the added percussion similar to golpe. Plenty of improvisation as I’ve heard him play the same work with different variation.

I found the above randomly while looking through old videos from The Met and it reminded me of that excellent album of arrangements by Derek Gripper called One Night on Earth: Music from the Strings of Mali. Most of the Gripper is from Kora music which is a similar instrument. While I’m making this connection, here’s Gripper playing Diabaté’s “Jarabi”.

# Mali# Mussa Diabaté# Ngoni
Share this with a friend 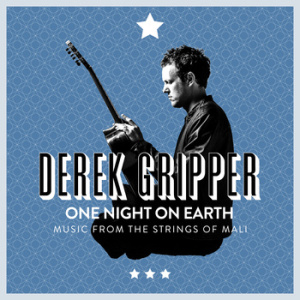 Review: One Night on Earth by Derek Gripper