Rebeca Oliveira performs her arrangement of Sonata K.67, Allegro, Minuet by the Portuguese composer Carlos Seixas (1704–1742), originally for harpsichord. This comes via her fantastic Youtube channel (go subscribe now). I’ve featured Oliveira a few times and I’m always excited to her new performances and arrangements of Carlos Seixas. Super clean playing here with everything in perfect order from excellent rhythmic delivery, phrasing, articulations, ornamentation, and voice separation. I’m so inspired from her performances and I feel I learn something every time I watch her videos. Here’s her YouTube description:

José António Carlos de Seixas, born in Coimbra, on June 11th 1704, was a leading figure in the 18th-century Portuguese music. It is acknowledged that he composed more than 700 Sonatas and Toccatas, but only around 100 survived until our days. The Lisbon earthquake of 1755 is responsible for the destruction of most of Seixas’ works. The Sonatas are typical examples of the stylistic ambiguity of the transitional period between the Baroque and Classical styles.

In Seixas’ Sonatas, it is possible to appreciate the juxtaposition between the European music of the time and the melancholic and nostalgic Portuguese character. 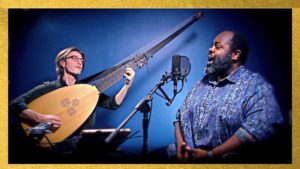