Spanish guitarist and Naxos recording artist plays Three Spanish Pieces (Tonadilla, Tango and Guajira) by Spanish composer Emilio Pujol (1886-1980). He looks so casual because of his sitting position, and probably because he is. Some crazy impressive playing, wild. This is the quote via YouTube: “Concert held at the March Foundation in Madrid in 2014. Thanks to Ronny Wiesauer for getting better the Audio.” Pujol was also a guitarist and teacher who has influenced generations with his guitar methods; in particular via these three books: Pujol Guitar School via Amazon. You can also check out this collection which I believe has these three plus 23 more: The Best of Emilio Pujol.

# Emilio Pujol# Ricardo Gallén# Spain
Share this with a friend 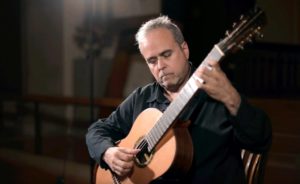 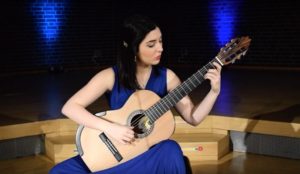