Finnish guitarist Patrik Kleemola performs Etudes, No.1-12, Op.6 by Fernando Sor (1778 – 1839) on a replica Fabricatore (c.1813) guitar by Gioachino Giussani. This comes via his YouTube channel. Nice to have all twelve studies in one video and well performed on a period replica guitar. Below is some more info via Kleemola but see the full quote with way more info via his YouTube description:

Fernando Sor’s 12 Études op. 6 (originally titled Studio for the Spanish Guitar without the opus number and published in two sets) was the first set of studies for guitar Sor ever published. This work (dedicated to his pupils) was published around 1815 in London soon after Sor arrived in the capital from Paris and in which he would stay until the autumn of 1822. This period was probably the most successful one of his entire career with the tremendous success of the ballet Cendrillon and other ballet works. His new set of arietts for voice and piano were very popular and compared to the appearance of a new novel by Sir Walter Scott, and indeed during this London period he published more vocal music than guitar music. His imitation of Crescentini’s (famous Italian soprano castrato) singing was highly praised as documented in the English newspapers at the time and indeed besides being the most famous performer and teacher on the guitar, Sor became a sought-after singing teacher in London.

# Fernando Sor# Patrik Kleemola
Share this with a friend 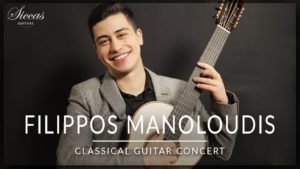 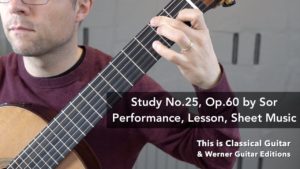 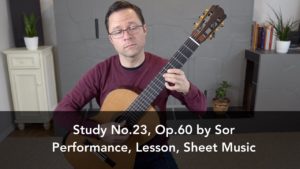