John Schneiderman plays Variations on a Tyrolean Theme by Russian composer Mikhail Timofeyevich Vysotsky (c.1791–1837) on a 7-string Russian guitar (or 11 with basses). This comes via Schneiderman’s YouTube channel. Tidbit of info, Vysotsky was a godson of the famous Russian poet and playwright Mikhail Kheraskov. Schneiderman is a great player and always exposing us to new historical repertoire. You might also be interested in The Russian Guitar, a 7 CD box set of Russian music including performances by Schneiderman and Oleg Timofeyev,.

I couldn’t find much info on Vysotsky but Lute.ru had this bio which may or may not be accurate. His English is hit and miss but pretty good.

Mikhail Timofeevich Vysotsky – Russian guitarist-virtuoso and guitar composer. He learned the guitar playing by S. N. Aksenov. He was interested for classics, especially for Bach, whose fugues he tried to arrange for the guitar. This affected the serious and noble style of his guitar compositions: most of all phantasies and variations of Russian folk themes (cycles from 4-5 variations with “preludes” and “endings”), there are also arrangements for the guitar of Mozart’, Beethoven’ and Fild’s pieces (the musician knew the last) and others. 83 of them are issued, also his “Practical and theoretical school for the guitar” (1836).

The birthday of M. T. Vysotsky is not exactly known, on one of his compositions manuscripts with the hand of his son, Nikolay Mikhaylovich, is written “Compositions of M. T. Vysotsky, died on the 16th of December 1837, in age of 47 years” So the year of his birth is 1791.

Childhood and youth were spent in the near Moscow estate of the famous poet-pseudoclassic M. M. Kheraskov, the author of “Russiada” (1733-1807). Vysotsky was godson of Kheraskov and was named Mikhail to his honour. Vysotsky’s father was a serf and served as a bailiff by Kheraskov. After Kheraskov’s death in 1807 Vysotsky lived some time in the estate and 1813 went to Moscow, got registered to the petty bourgeoisie and spent all years of his life in Moscow.

To that time belong the first compositions of Vysotsky, which soon made the young author famous. He becomes Moscow celebrity, is everywhere invited and favourite. Among his friends and admirers are the names of M. A. Stakhovich, M. Ju. Lermontov, Kovraysky, A. L. Polezhaev, Puzin, A. I. Dyubyuk and other more or less famous workers of music and literature.

His play was notable for strength and classical equability of the tone; by the unusual quickness and courage it had charming sincerity and melodiousness. He played absolutely easy, without any efforts; there were no difficulties for him; that’s why, the play of him, amazing and wonder-strucking, made a truly musical effect; he didn’t like fashionable refined instrumental effects, never used flageolets with two fingers of the right hand, which made so large furore in concerts; seldom, in the most difficult variations went higher than fourteenth tune and always at one fifth: all the beauty and strength of his play were in melody and harmony; he striked with the originality of his legato and luxury of arpeggio, in which he combined the power of harp with the melodiousness of violin; in his play was the special original style of composition; his play fascinated, riveted the attention of the audience and created indelible impression. 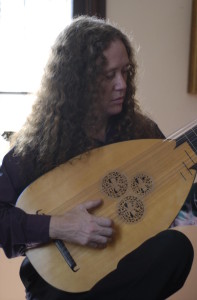 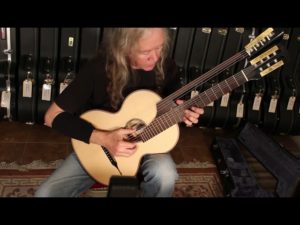 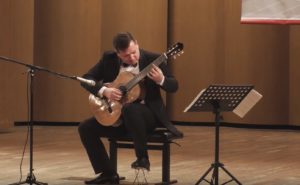