Un sueño en la floresta by Agustin Barrios Mangore (1885-1944) for Classical Guitar – Un sueño en la floresta (A Dream in the Forest) was written in 1917 and recorded by Barrios in 1929. One of the most famous of Barrios’s works and popular for its extended tremolo. “The Paraguayan guitarist Agustín Barrios established himself as a performer throughout Latin America. His performances in Europe in the 1930s were followed by a final period spent teaching at the San Salvador Conservatory. Barrios was a prolific composer for the guitar, sometimes, like the violinist Fritz Kreisler, attributing his compositions to earlier European composers. A virtuoso performer, inviting comparison with Segovia, he was among the first guitarists to make records. Although his compositions were left in some disorder, they include popular pieces in current guitar repertoire. (via Naxos)”

…the majestic tremolo piece Un sueño en la floresta, perhaps the most difficult and complex tremolo piece ever conceived for the guitar. The extremely romantic flavour and soaring melody belie the fact that the technical work required here is formidable, requiring extended left-hand stretches, long musical phrases, intricate independent movement of voices, a virtuosic cadenza and even a high C that requires a twentieth fret on the traditional nineteen-fret classic guitar. (Barrios had the Brazilian luthier Romeo DiGiorgio make him a special instrument with twenty frets). Un sueño en la floresta elevates the technique of tremolo to a new level, carrying it well beyond the earlier Francisco Tárrega’s Recuerdos de la Alhambra and sueño. Barrios wrote this piece about 1917 and recorded it in 1929.

Quote by Rico Stover via this Naxos Album

“The great Paraguay guitarist and composer Agustín Barrios Mangoré wrote numerous pieces in a wide range of styles, from Baroque to Romantic, from classical to descriptive. They are not, however, “pastiche” and, as Len Williams wrote, they all have that “quality of the romantic heart which never loses touch with beauty.” Born in 1885, Barrios remained for all his life in Latin America where he stayed for long periods in different countries, giving concerts and composing. Having toured Europe only once in 1934-1936, he later settled in San Salvador where he spent his last five years as professor of guitar at the National Conservatoire. Much beloved by his students, disciples and friends, he had many great interest such as philosophy, languages, journalism, graphic art and poetry. He said of himself, “I am a brother to those medieval troubadours who, in their glories and despairs, suffered such romantic madness.” The introduction and beginning of the tremolo melody beautifully reflect the title Sueño en la Floresta (Dreams in the Magic Garden) and therefore we recorded it in the gardens, to the gentle accompaniment of the birds singing.” (J.C. Williams 1993) [Not sure where this quote comes from by I imagine it’s from the DVD booklet for the below video.] 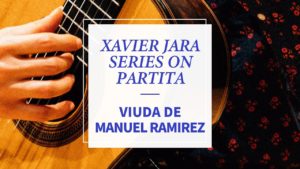