Buy or Learn More via their website, or Amazon, iTunes, el al.

Having featured the Weimar Guitar Quartet and its members on the site numerous times, it’s wonderful to see a debut album by this exciting young group. All amazing soloists in their own right, as a group they shine with great repertoire, excellent ensemble skills, and an elegant sound. This album was made possible in part by a successful crowd funding campaign; it’s so good to see people supporting artists.

The mix of repertoire on the album is wide ranging but should be pleasing to both guitarists and general listeners. Special highlights for myself are the arrangements of Elizabethan Dances which highlight their control over sensitive imitation and counterpoint across the ensemble. Six Fish by Nigel Westlake offers very contrasting textures and colourful writing that works incredibly well on the guitar. The fun articulations, group dynamics, and flowing phrases showcase their professional ensemble skills. Nice bell-like tones and an overall blended sound makes for a convincing orchestration. Uarekena by Sergio Assad is of special note with intricate running lines and phrasing challenges resulting in an impressive finale.

This is a great debut album filled with what I imagine is the culmination of all the performance repertoire they’ve covered over the years. I’ll certainly look forward to their next album which might benefit from a focused theme. I would love to see a new music album of commissions from young composers.

The Weimar Guitar Quartet’s debut album is an exciting mix of repertoire filled with virtuosic performances by an amazing group of young artists. From pristine early music to extroverted modern risk, this group has it all. I can’t imagine a more successful debut of a high level ensemble.

Past Videos by the Weimar Guitar Quartet 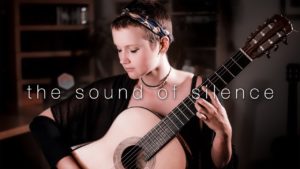 Stephanie Jones Plays The Sound of Silence by Simon & Garfunkel 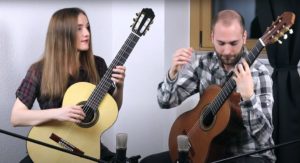 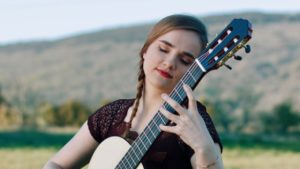