Colombian guitarist Francisco Correa plays Bambuco in E minor by Colombian composer Adolfo Mejía (1905-1973). This comes via his YouTube channel. If you’re interested Correa has an entire album of young Colombian composers which you can check out on his recordings page. Great playing by Correa with a sweet tone and nice phrasing throughout. I really like his rhythmic yet relaxed playing. FYI, he’s using a Mundo guitar support, I’ll try to do a review if I can get my hands on one.

I also found this nice write up on Mejía and the bambuco by Graham Wade from this Naxos album.

Adolfo Mejía was born in Cartagena de Indias, where he began his musical studies at an early age at the Instituto Musical de Cartagena. In 1930 he visited New York to record his compositions with the Colombia recording company. After returning to his homeland in 1933 he worked as a librarian in Bogotá and studied at the National Conservatory. In 1938 Mejía won the Ezequiel Bernal prize for his composition, Pequeña Suite, and thus gained a scholarship to study in Paris at the Ecole Normale de Musique with Nadia Boulanger, Dukas and Koechlin. Returning to Cartagena he worked as a conductor and teacher. In 1970 he was awarded the National Composition Prize from the Instituto Colombiano de Cultura, and the University of Cartagena recognized his stature in Colombian cultural life with an honorary doctorate.

The bambuco, the characteristic dance form of the Andean region, presents a lively spectacle. Its choreography is a ‘pursuit dance’, where the woman moves back as the man moves forward, advancing towards him when he retreats. The dancers face each other, hands on hips, touching elbows as they turn. At the end of the dance, the man offers his partner a coloured handkerchief as a gift. Mejía’s dance begins and ends with a section in three-four time before the Bambuco itself is played in six-eight time with lively syncopated melodic patterns and its insistent bass accompaniment.

# Adolfo Mejía# Columbia# Francisco Correa
Share this with a friend 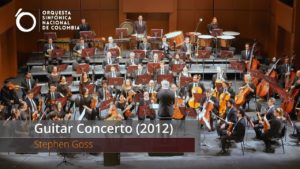 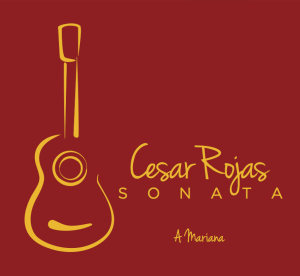