American guitarist Andrew Zohn plays Fantasies sur deux motifs de la Norma, Op. 16 by French guitarist and composer Napoléon Coste (1805–1883). Recorded at the Schwob School of Music in Columbus, Georgia.Sound engineer, Matt McCabe. Video & Editing by the amazing Canadian guitarist Drew Henderson. When I first got into guitar I couldn’t quite get enthused about Coste, he seemed to fluffy and even less focused than Sor (with whom he studied). However, I’ve come around and realized that he is authentically fluffy and understands the guitar’s colours and capabilities. Filled with various textures, opportunity for articulations, and contrasts he can make for some interesting performances. He’s no Beethoven, or even Regondi for that matter, but he has a quality that is difficult to find elsewhere that is in the mood of his day. I find, also like Sor and Carulli, that when influenced by music of the day, in this case Bellini’s Norma, thier music comes alive with an musical energy they might not have found in their own works.

# Andrew Zohn# Napoléon Coste
Share this with a friend 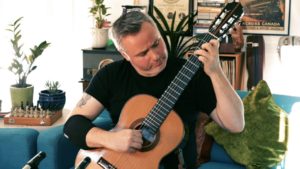 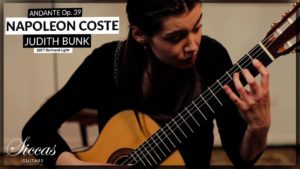